The VITAL Tool: 5 keys to future-proofing your fascia 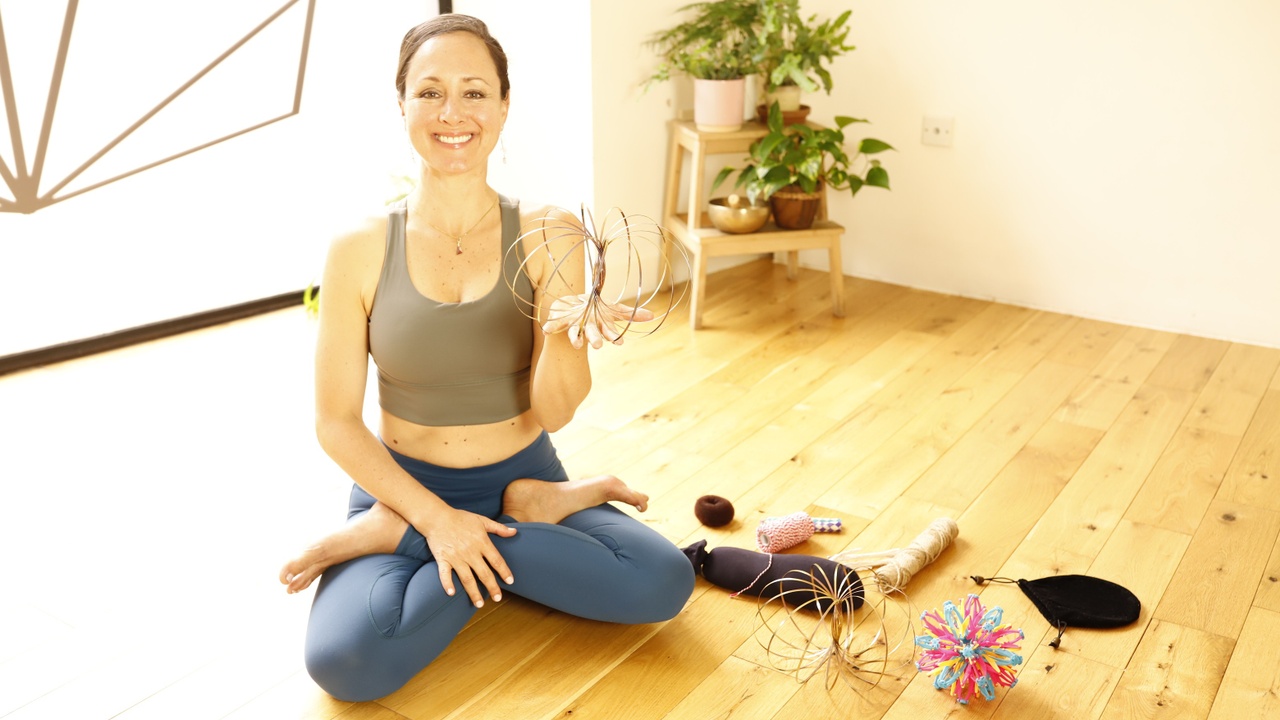 If you love your movement modality but aren't loving the uncertainty of what it might be doing to your body long-term, this post is for you.

My story, summed up: my first love is Ashtanga yoga and I will always adore aspects of this practice even as I evolve toward unconventional movement. Over the years, I have observed an interesting paradox. This intensely physical practice inspires next-level devotion to an extent that brings out radiant results. BUT. These results can (and often do) emerge alongside potentially dangerous degrees of commitment in those who take it on in its intended 6-days-per-week "traditional" format.

I put my hand up: that has been me on both sides of the pedagogical table. I've practised hard and taught "the method" as such. I unbuckled* my joints in the process of self-transformation and would still to this day consider those particular injuries as a small price to have paid for the overwhelmingly positive effects of long term practice.

*By "unbuckled" I am referring to two partial meniscectomies via keyhole surgery. I've watched many practitioners damage their knees on the journey through primary series.

This post isn't intended to argue the many debatables about Ashtanga and its reputation for blowing up knees, minds and more. It will suffice to say that topic is well worth exploring in the context of multistability (how tissue often maintains stability even in so-called "injured" states). What I want to offer here is a practical tool for managing tissue health long-term while still getting to practice what we love, yoga or otherwise.

This VITAL tool is about maintaining a level of objectivity, or as we say in yoga, "cultivating the witness." Here's how it works:

For me, variation is about doing different things whereas variability means doing the same things differently. I'm going to say that both are really important for maintaining the longevity of tissue. Our joint spaces are an organ system unto themselves, known as the enthesis organ. The enthesis organ is an ecosystem of tissue densities that are essentially smart materials, especially those on the synovial end of the arthrologic spectrum.

We need variation so we're not exposing these smart materials to the same damaging repetitive forces for extended periods. We need variability (practising consistent movement with variable intensity levels) so that our body can learn to move harmoniously as it adjusts to the loads required for that movement.

I'm going to go back to my roots again to use Ashtanga as an example. In this practice, you go through the same set of postures first, known simply as "standing", and then into the "seated" postures. The seated postures are almost all based on deep rotations of the hip/knee during flexion. The methodology is linear, which is fundamentally problematic when we take linear literally. I'm saying we should take the linear nature of any activity as an iterative, not literal, project.

Many fitness programs are linear and sequential, and that's because we need some basis for organisation and progression. Pedagogy is like that in every skills-based curriculum. You come to a lesson, study, get tested, pass the test, and move on to the next lesson.

For a physical practice rooted in the fascia, we need to take this approach with a grain of salt. An iterative approach essentially means fake it 'til you make it. Do what you can. Do something else entirely if you need to. Don't force your body to do something it isn't ready for just so you can pass the test and get to the next lesson.

That brings us to the multi-dimensionality of tissue, sometimes oversimplified in terms of time. But it's a useful simplification that gives us perspective on the cellular matrix. Because it's not just fascia, and it's not simply extra-cellular (meaning "outside" the cells)! We are living matrices of cellular force transmission that is constantly under the influence of earthly and organismic constraints and vectors in a nonlinear arrangement.

Mechanical forces, chemical interactions, genetics, emotion, behaviour, the weather; all of these inform our present experience of having a body, and all will change over the course of a lifespan. Do not assume that what feels good in your early twenties is going to feel good after your first, second, or third baby! We cannot assume that what feels good now is actually supporting our tissues in the most optimal way long term. Nor should we sell ourselves short and assume that just because a posture seems impossible means it will never be possible, or that it isn't worth doing.

Chronobiology informs our understanding of fascia by connecting our enquiry to the ubiquitous influence of circadian rhythms, Ayurvedic Prakriti, neuroendocrine balance, and all the other couplings of time that govern our experience.

The cellular matrix (including the fascia, cytoskeletal architecture, fluid matrix, and biofield) is a momentary crystallisation of all the concurrent processes we are going through simultaneously! Keep this in mind: as your body evolves, so too must your practice.

Think about your approach to movement. Again I'll use Ashtanga as an example. I would still consider myself an Ashtanga practitioner, but to look at my actual practice these days you might not think so! I'm approaching Ashtanga differently in light of all the previous points of the VITAL tool.

I've seen so many fellow students drop out of the practice for very understandable reasons! Six days per week is an enormous commitment to maintaining over the years, and it can be selfish, self-defeating, and even self-harming when we don't take into account the points above about variation, iteration, and time. So, people quit. To me, that is often a wasted opportunity because all the reasons that make us want to quit something are the very same points that can drive innovation.

This aspect, Approach, is about feeling empowered to change the way you practice, to become creative and make it up, to let yourself go off-piste. A change is as a good as a break, and it is perhaps a more satisfying long term move to keep your practice rather than abandon a routine that can be so grounding when we allow it to adapt.

Logos is the language of the body. In Ashtanga, we study yoga as an eight-limbed path of transformation as codified by Patanjali in the Yoga Sutras. Svadhyaya, self-study, is part of this path. To me, studying the inner logic of tissue is an important part of yoga, and over the years I've experienced the spirality of fascia as the fundamental logos of movement.

Having a logos practice means studying not just anatomy, but how anatomy is part of the continuum of life. Human anatomy is connected not only within itself in terms of fascia, but to the great tapestry of filamentous life through universal patterns. When we study the literature of yoga as a science of mind, it becomes easier to see that interconnectedness is fundamental to life and spirality is the movement pattern of Nature.

And that's the tool! We are waking up to the paradigm shift that is showing us the perils of lineage yoga. There is a concurrent and related paradigm shift in biology that talks more about how suffering anywhere results in suffering everywhere. I feel that for anyone interested in anatomy for yoga, waking up to this shifting paradigm is vital indeed.

Stay connected with news and updates!

Join my mailing list to receive the latest news and updates. Don't worry, your information will not be shared.

I hate SPAM. I will never sell your information. 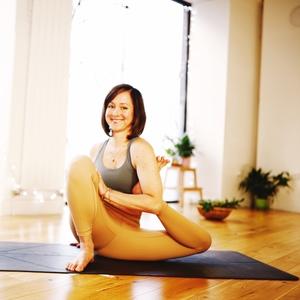 I am a studio owner, author, student, creative anatomist mother of two. My Ashtanga background merges with a passion for continuous change in response to this changeable world! I am a mushroom hobbyist, former cyclist, and lifelong learner that loves facilitating yoga enquiry. Authenticity inspires me.

Stay connected with news and updates!

Ready to learn anatomy from a place of empowerment and creativity? Join me for this 6-week online course and you can work at your own pace through 10 hours of recorded presentation. 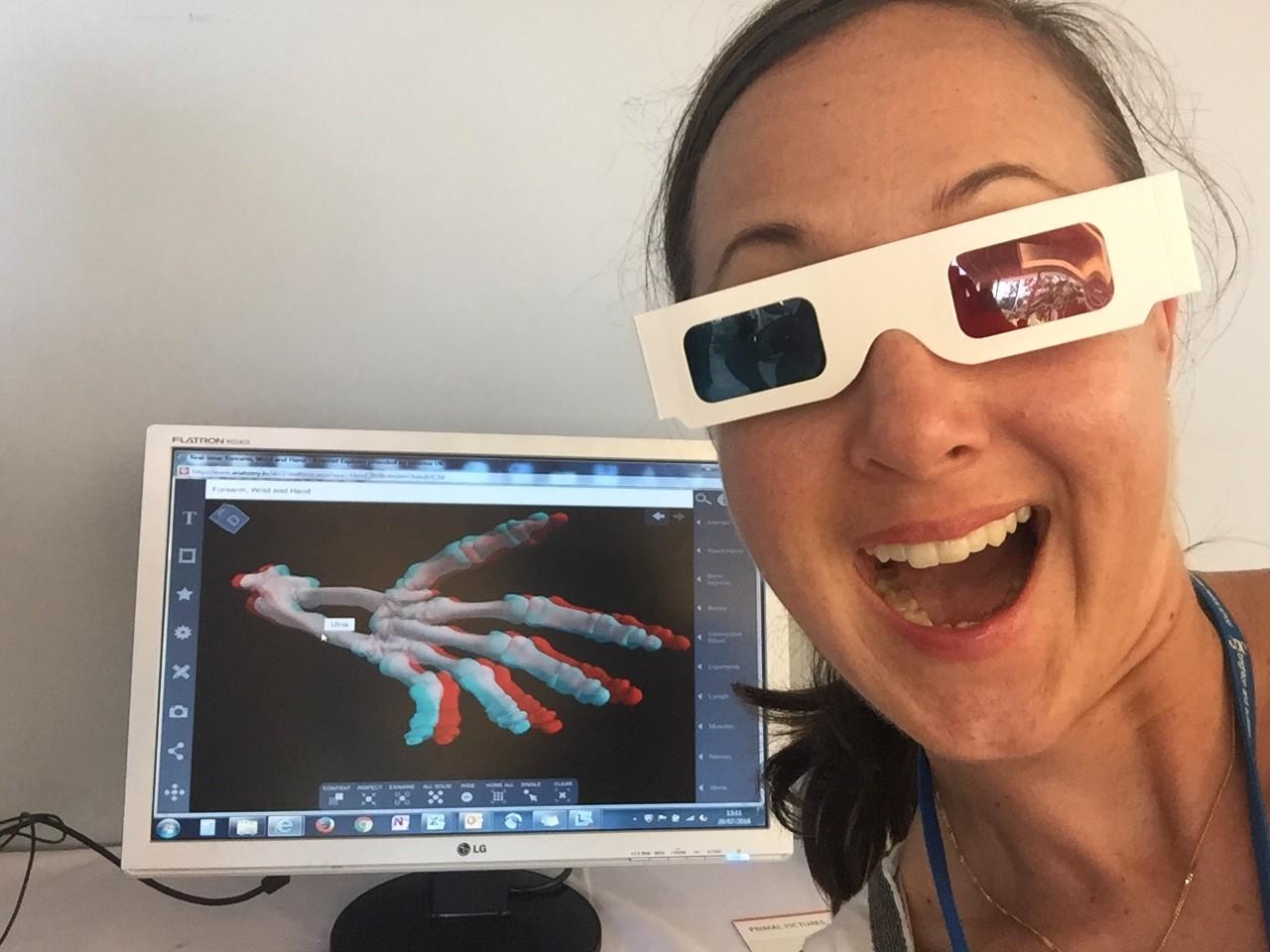 PS You don't need 3D glasses to read them.